Lomi Lomi is an ancient Hawaiian healing art. The Hawaiians see all aspects of the body, the physical, mental, emotional and spiritual as part of our whole self. Lomi Lomi works on the physical body, healing, aligning and balancing the body. It also works on an energetic level bringing balance and healing emotionally. It works strongly with intention.

Lomi Lomi is so much more than just a massage; it is like nothing you have had before.

Lomi Lomi is a totally intuitive massage, it works from the ankles to the head in long flowing wave like movements with the forearms which is nourishing, nurturing and deeply relaxing, using warm coconut oil. The joints are gently moved through their range of movements allowing the synovial fluid to flow bringing lubrication to the area, helping with movement and easing pain.

Same as traditional but more focused on the particular areas of pain. 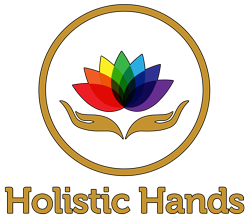 Due to the ongoing Covid 19 level 5 restrictions I am unable to provide Massages, Reflexology, Facials, Reiki or Workshops